The Book of Mormon has a variable pace. Occasionally, we skip through decades or even hundreds of years on a single page. Other times, like today, Mormon’s editing moves us into super slow motion, relatively speaking. What is probably only a few hours in real time for Alma to speak to his sons occupies six full chapters, which we slow down further by breaking it up into two weeks of study. (This will be significant for understanding Alma 43 onwards, and I’ll comment further there.)

Alm 36:2 “Remember captivity and how you were delivered.” Was Helaman there during this captivity? If not, what is its value?

Alm 36:3 We are supported “in,” not always delivered “from” our trials. Bad things happen to good people.

“Think not when you gather to Zion, Your troubles and trials are through, That nothing but comfort and pleasure Are waiting in Zion for you: No, no, `tis designed as a furnace, All substance all textures to try, To burn all the wood, hay, and stubble The gold from the dross purify.” Hymn written by Eliza Snow, old Hymnbook #21.

Alma 36:4-24 Alma recounts his conversion experience, his own personal deliverance from captivity.

Then you will remember your evil ways and your deeds that were not good; and you will loathe yourselves in your own sight, for your iniquities and your abominations.

Alm 36:19 Alma doesn’t forget his sins, but the thought of having committed them no longer “harrowed up” his soul.

What did “harrow” mean in 1828? A “harrow” is an agricultural instrument used for leveling soil and breaking up clods, so the verbal usage here is obviously metaphorical.  What spiritual “clods” are being broken up here?

2. To tear; to lacerate; to torment.- I could a tale unfold, whose lightest word Would harrow up thy soul–

Alm 36:22 Alma gets a glimpse of the light at the end of the tunnel.

Alm 36:23 Alma is born again. C.f. Mosiah 5:7 although we know of no covenant in connection with Alma here.

Alm 37:11 Does a prophet know everything, even in carrying out his prophetic duties? Nope. See my essay here, but in short, Elder McConkie

“With all their inspiration and greatness, prophets are yet mortal men with imperfections common to mankind in general. They have their opinions and prejudices and are left to work out their problems without inspiration in many instances.” -Elder McConkie, Mormon Doctrine, “Prophets”

Alm 37:29 Tells Helaman to a) hide the details of the evil stuff and b) the didactic purpose of teaching about evil and its effects. Indeed, we are  supposed to “study evil,” provided we understand what that means. Proverbs 7, quoted further below, is one ancient example of this.

Alm 37:38 The Liahona is named and given to Helaman. (This is the only place the name “Liahona” appears in the Book of Mormon, which makes it a great trivia question.) Alma comments on it. On “compass” see 2 Kings 3:9 “fetch a compass” In Webster’s 1828 dictionary, one must go down to the fifth definition to find a magnetic compass. Otherwise, it just has to do with being round. Cf. the multitudinous KJV language of “candle,””unicorn,” etc., which don’t mean “candle” or “unicorn” as we understand them today. The KJV is full of such “false friends,” and there’s a great little book on it.

Alm 39:2-3 Corianton had boasted of his wisdom and strength, yet he wanders off after “the harlot Isabel”, which is neither strong nor wise. Isabel, notably, is an alternate Hebrew spelling of Jezebel, though whether Book of Mormon “Isabel” is a false cognate introduced through translation or an actual linguistic descendent, we can’t say.

Alma 39:5 While this verse has been used to emphasize the seriousness of sexual sin, it’s probably been misunderstood and misapplied, in the service of trying to draw hard lines for youth around chastity. I think we can still emphasize the seriousness of sexual sin without suggesting, for example, that teenagers seething with and succumbing to hormones are just behind murderers. See Mike Ash’s paper important here.

One evidence for [his] claim is that if Alma’s primary concern with Corianton was sexual transgressions, one would think that most of the remainder of his discourse would focus on promiscuity. Yet immediately after noting the abominable nature of Corianton’s actions and the fact that his actions were second only to murder, which was second only to denying the Holy Ghost, Alma launches into a description of the unpardonable sin—to knowingly deny the Holy Ghost. Following this explication, Alma continues by explaining that “whosoever murdereth against the light and knowledge of God, it is not easy for him to obtain forgiveness” (Alma 39:6).

An excellent personal approach to teenagers and sexuality is here.

1 Corinthians 6:9 Do you not know that wrongdoers will not inherit the kingdom of God? Do not be deceived! Fornicators, idolaters, adulterers, male prostitutes, sodomites, 10 thieves, the greedy, drunkards, revilers, robbers– none of these will inherit the kingdom of God. 11 And this is what some of you used to be. [Harsh, right?] But you were washed, you were sanctified, you were justified in the name of the Lord Jesus Christ and in the Spirit of our God.

“Fourth, eliminate guilt. I hope it goes without saying that guilt is not a proper motivational technique for leaders and teachers of the gospel of Jesus Christ. We must always motivate through love and sincere appreciation, not by creating guilt.” 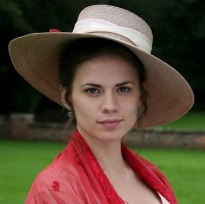 Can a man take fire in his bosom And his clothes not be burned?
Or can a man walk on hot coals
And his feet not be scorched?
So is the one who goes in to his neighbor’s wife; Whoever touches her will not go unpunished.

This is quoted by Elder Holland in his famous BYU devotional, “Of Souls, Symbols, and Sacraments”

C.f. Almost the entirely of Proverbs 7, which is the morality tale of a young man who fails to stay away from “the adulteress, the foreigner who flatters with her words.”

She sways him with her eloquence,
Turns him aside with her smooth talk.
Thoughtlessly he follows her,
Like an ox going to the slaughter,
Like a fool to the stocks for punishment—
Until the arrow pierces his liver.
He is like a bird rushing into a trap,
Not knowing his life is at stake.
Now, sons, listen to me;
Pay attention to my words;
Let your mind not wander down her ways;
Do not stray onto her paths.
For many are those she has struck dead,
And numerous are her victims.
Her house is a highway to Sheol
Leading down to Death’s inner chambers.- JPS

Notably, the Bible has no male equivalent, of a mother warning her daughter to stay away from predatory and seductive men. 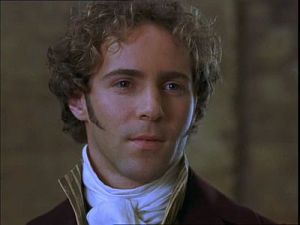 The inspiration of scripture does not entail a complete purification from its cultural embeddedness; in other words, it did not occur to the male writers that women might equally be tempted by men, and that men might similarly play the role of predatory seductor.

On a larger note, see how adultery in Proverbs 7 is rhetorically equated with Dean and Sheol (traditionally translated “hell.”) Alma and Corianton too rhetorically associate sin with death, with murder, even. Alma had described his own spiritual seduction of others in such terms in Alma 36:14. “I had murdered many of [God’s] children, or rather led them away unto destruction”

Alm 39:11 Harlots plural? Ritualized harlotry? Such things were certainly known in the ancient Near East. If that’s the case among the cultures around the Nephites, that’s certainly some apostasy on Corianton’s part, not mere immorality. That also may explain the plural “these things” in v. 5.

As always, you can help me pay my tuition here, or you can support my work through making your regular Amazon purchases through the Amazon links I post. *I am an Amazon Affiliate, and receive a small percentage of purchases made through these links. You can also get updates by email whenever a post goes up (subscription box below). You can also follow Benjamin the Scribe on Facebook.

2 thoughts on “Come Follow Me: Alma 36-39 Notes and Suggestions”